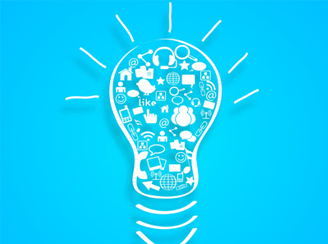 Omni-channel shopping is becoming more mainstream, according to the latest GfK Futurebuy study.

Futurebuy is GfK’s proprietary survey of shopper attitudes and behaviours, run annually since 2006 and in Australia since 2013.

The study found that more than half of shoppers conduct consumer electronics shopping tasks both instore and online, while nearly half conducts hopping tasks omni-channel in apparel, automotive, home appliances, toys, financial services and mobile phones.

According to the research, 30 per cent of financial services shopping is conducted exclusively online, and FMCG categories were shopped omni-channel by 20 per cent of shoppers.

These and other key findings of GfK’s latest Futurebuy study will be shared at a Masterclass as part of the POPAI Showcase this Thursday September 18.

The study has also revealed that the mix of what is being used to shop online is changing, over the past six months, the use smartphones and tablets for shopping tasks has increased, whilst use of laptops and desktops either at home or at work for shopping have both decreased. We have also seen a commensurate decline in desktop computer penetration as tablets increase.

The top activities for shopping online, regardless of device, are in order:

Laptop and desktop computers were used by between 50 and 75 per cent of shoppers for these tasks.

Tablets generally are used more than smartphones for product information seeking due to their friendlier screen sizes and formats, where smartphones tend to be used more on the go for location and availability information.

Interestingly, showrooming, whether friendly or hostile, has shown a decline since 2013, dropping nearly 20 per cent on smartphones and nearly 10 per cent on tablets.

The good news continues for retailers with ‘webrooming’ – the opposite of showrooming, where online research drives instore purchase – is occurring for nearly one in four smartphone and tablet shoppers.

Just this small sample of information from the report demonstrates the need for retailers and manufacturers to think omni-channel and seamless in their execution.

At a time where three in four Australian shoppers have a smartphone and nearly half have a tablet, and one third are using them to perform shopping tasks, having your website optimised for mobile is a necessity not a luxury.