Forget LinkedIn, Conspire Analyses Email To Be Your Next Networking Tool 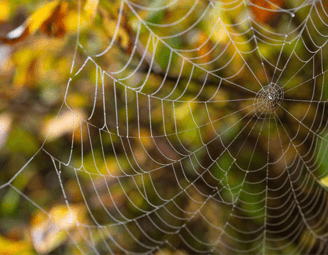 LinkedIn — now with over 300 million users — has become the go-to platform for networking in the business world. Now, a new startup called Conspire is hoping to dig into that marketshare (and mindshare) with a new approach for how to meet people. It taps into your communications platforms — starting first with email and those who use Gmail or Google Apps email — and then uses big data analytics to find the most reliable chain of connections between you and the person you want to meet.

“Reliable” becomes the operative word here: the chain is based not on whom you know, but how well you know them, analysing things like frequency of contact, how recently you have interacted, the response time, and relationship length.

Then, the logic goes, when the chain of introductions get created to connect you through to someone, you are travelling on far more secure footing — with resulting mapped paths marked as “strong” if they are really reliable. The maximum number of “hops” in the path are three — meaning two people between you and your target.

Conspire, which is currently free to use, does all this with privacy in mind: it does not alter your email when it analyses it; it doesn’t store your email, it doesn’t send messages on your behalf, and it doesn’t look at the body of the message, just the header.

The relationship graph is then created and updated in the background after you sign up for the service — meaning it’s always there for you to tap. “We see a network as something that is constantly evolving and changing and we want to update that for you,” founder Alex Devkar says. It also lets you keep tabs on your connections, letting you explore your volume of email, average response times, most frequent contacts, and a list of people you’re losing touch with.

Conspire has been quietly growing for the last several months and says that it now has some 13 million people placed in its analytical web from a user base that is far smaller than that — under 10,000. It’s also now raised a seed round — $2.5 million from David Cohen and the Techstars incubator that he runs out of Boulder, Colorado, where Conspire is also based. The funding will be used to build out Conspire’s team and product.

The challenge that Conspire is tackling is an all-too-familiar one for those of us who use LinkedIn.

Although LinkedIn indicates to us the path of people that connect us to others — including details such as whether we are linked by one, two, three or more degrees of separation — the problem is actually in LinkedIn itself.

It’s become very big, and can be used very loosely by people, so much so that unless you are really on top of your LinkedIn game, or very conservative with how you accept and make connections, you will likely have a lot of “connections” in there whom you have never met, spoken to or corresponded with. With invitations to connect on LinkedIn all too easy to send and accept, you may not even know who some of the people are in your LinkedIn network, or even how they got there. That makes using those contacts as a networking bridge tenuous at best.

“We want to understand who knows each other but also how strong those connections are,” Devkar says. “Looking through email, we can see the length of an interaction and the frequency.”

Or as Cohen describes the predicament, “Someone you met for 5 minutes at a conference is very different than a colleague you’ve worked with every day for 5 years. However, existing tools give the same weight to these connections and require you to manually maintain your network.”

Devkar says that on average, a person can have had as many as 3,500 contacts pass through their inboxes, but of those only around 1,500-2,000 have had any kind of interaction or reaction from the user in question.

Yet part of that may have to do with something else: Email is the bane of many people’s existence and some have gone so far as to stop using it or to use it as little as possible. Conspire understands that, too, and so it plans to incorporate other communication platforms (and data troves) like voice, text messages, Facebook and Twitter into its analysis. Twitter is likely to be the next network added. “These are all places where you can get valuable insights,” Devkar says. He adds that they would love to use LinkedIn “but they don’t make their user readily accessible.” (Unsurprisingly.)

Conspire’s beta-testing period is an encouraging sign of the platform’s effectively. Launched within Techstars, Conspire turned to this and other VC and startup networks as early users, specifically to put founders in touch with potential backers and partners. The connections made there, the company says, led to funding — from seed investments through to $15 million rounds — as well as business partnerships.

“It may not be a reliable way to find a path to President Obama or Scarlett Johansson today, but in the tech community we are getting much higher rates,” Devkar says.

He tells me that he envisions Conspiring tapping into lots of other verticals as it grows, and with more users comes stronger network effects.