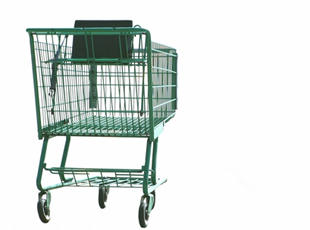 For more than a decade pureplay online retailers and technology vendors have been waging a propaganda war about the future of retailing becoming exclusively online.

Seemingly, consumers hate physical shopping so much that the allure of cheap prices and efficiency of transacting would dominate all decision making so much that the tidal wave of consumer dollars flowing to online was only limited by the level of capital expenditure directed to technology vendors.

Not only has this argument always been a ‘crock of (micro) chips’, it has also led to some incredibly poor thinking by retailers who swallowed the bait hook, line, and sinker.

The reality has and always will be far different and is increasingly being born out by the frequent announcement of actual results and new initiatives by operators of both pureplay online and physical retail.

Amazon for example still makes massive losses, along with a host of other online retailers. Historically, pureplay retailers are increasingly opening physical stores and physical retailers such as Harvey Norman are seeing strong gains in strategic adoption of omni-channel initiatives.

The contemporary world of retail is not an either or. In a category that is based on demand and distribution, the attributes of consumer relevance and human physiology will always be the success criteria regardless of the hype. Retail is a multi-sensory experience that stimulates and satiates rational and emotional needs and wants. Channel choice is done at an individual consumer level based on their context.

What technology has allowed them to do is more easily place a judgement on where they see value (time/cost /energy). A consumer does place a notional ‘price’ on time, on personal energy (positive and negative), and clearly on the money spent.

They also gain a return from a rewarding experience, perceived time saving or personal energy injection, and the quality of the product or service that affects their ‘value’ perception. Far from dictating the retail landscape, consumers react to it and their behaviour is based on personal relevance.

Increasingly consumers don’t see any value in inefficient re-supply of commodity items. They want them as cheap as they can get them from the most convenient distribution model for them. This has been the natural home of online shopping up until now.

At the other end of the spectrum sits consumer indulgence, engagement, and passion. This is overwhelmingly dominated by physical retail.

Between the two are blurred lines. Blurred lines that are steadily being enabled and enhanced by omni-channel initiatives that facilitate consumer choice based on personal relevance. Something in and of itself that is constantly changing and mutating based on the consumer’s physical, mental, emotional, and social states.

Time to live where the consumer lives. In the blurred lines.