The Potential Of Beacon Technology 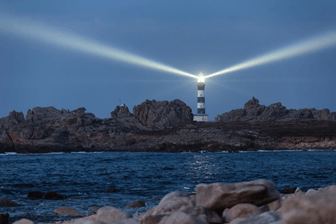 After indoor positioning with Wi-Fi, beacon technology is a massive step forward in ambient context identification, which is why this technology is all the buzz of late. Beacons allow for background positioning and detection, giving new power to a phone that can make it truly “smart.”

Because they offer the potential to target a consumer at the most opportune moment, beacons are especially hot on the retail sales front because shelves and store displays can suddenly become interactive and personalized. Brands are no longer limited by shelf displays and point-of-sale campaigns to communicate their messages, and brand marketers can extend past the store floor or shelf to deliver a personalized, digital form of outreach to identified shoppers.

Beacons are a unique and sophisticated tool in the world of merchandising and advertising. However, if we take a step back and think about exactly how beacons are reaching retail locations, there is reason for concern rather than excitement.

Currently, beacon networks are fragmented and closed. At quick glance, this may not be a concern, but thinking ahead, this fragmentation will likely result in long-term negative implications for consumers, retailers and developers alike.

An analogy for beacon technology is GPS. Since its inception, GPS technology has always been an “open system” onto which developers could innovate and extend new product applications. Imagine if GPS had been deployed in a similar manner to beacons and, for example, if Google seized control of California, Apple secured rights to Nevada, and TomTom gained exclusive access to The Netherlands. In this situation, the end-user would be forced to rely on multiple applications and hardware selections to complete a single journey.

Fortunately, GPS was not deployed in this fashion. But this is exactly how beacons are currently being deployed, and it’s the primary reason why they will limit the same innovation and depth of user experience that everyone is getting excited about.

To unlock the massive potential of beacons, we need an open network much like GPS: ubiquitous, widely accessible, and easy to use and implement through built-in platform support. Beacons must form a new ubiquitous layer that powers context in order to most effectively serve the end-user. Instead, individual companies are currently creating the equivalent of small, private networks that will have limited value and use.

In the retail space, beacons have garnered considerable attention in recent weeks and months. It is our view that if we advocate and build an open, inclusive beacon network, then all constituents — retailers, developers and end users — will collectively benefit.

Retailers
As with any new space, “immediate gain” usually does not translate to “ultimate reward.” It is likely that the retailers currently teaming up with closed networks may find themselves rethinking this decision a few years down the line.

We’ve all read about retailers aligning with various app developers to install beacons for their apps. But today’s hot app may not be the most popular tomorrow. If a retailer ties itself to a platform backed by a single app and that app slips from hot to “not,” then that retailer is faced with having to uninstall and reinstall beacons. This reconfiguring process requires a massive undertaking in order to take advantage of new technological advancements. And the consequences are not without impact to the merchant’s bottom line.

By forgoing closed networks and advocating for an open platform, retailers stand to significantly gain from future developments by retaining the ability to employ newer innovative services as they emerge and gain mass acceptance.

Developers
Imagine that GPS was closed and that only one developer could access this data. If this had been the case, innovation would have been extremely limited. As it currently stands, beacon developers have to pay-to-play by teaming up with retailers to install beacons at retail locations or small proprietary networks. This is cost-prohibitive for small companies and startups.

Additionally, without an open network, a developer is forced to spend unnecessary time attempting to access the network instead of building an incredible service and pushing the envelope on potentially more progressive offerings. If Waze had to do that for location data, it probably never would have been built.

The fact that we don’t have an open system for beacons will most likely stifle innovation, which ultimately will hurt all constituents involved.

End-users
In the early stages of any technology, developers need to be cognizant of long-term repercussions. Under the current paradigm, for a shopper to realize the full benefits of beacon technology, that user would have to download a multitude of apps that each take advantage of only a small network of beacons. This is highly unrealistic. Users don’t want to download apps for every retailer because it’s cumbersome, time-consuming and ineffective.

An open, accessible and ubiquitous network would benefit all constituents, propel innovation and foster a collaborative environment for decades to come.