How Wi-Fi Could Revolutionize The Way We Use The Web 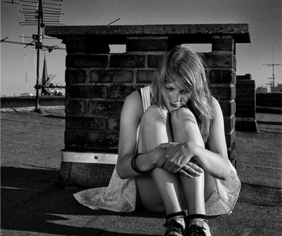 “When people hear ‘Wi-Fi’ they say, ‘That’s that thing that doesn’t work very well at my house,’” says Jaime Fink.

His company, Mimosa, works with technology that could turn Wi-Fi from a way to save money on our smartphone data plans to an internet connectivity option on par with fiber and leagues above DSL.

Mimosa gets its name from the technology that’s become its bread and butter: MIMO. As the company’s cofounder, CPO, and “product visionary,” Fink explained the impressive and important tech to Business Insider.

MIMO stands for multiple in, multiple out and has everything to do with radio waves and spectrums. Usually there is a limit on the amount of information a computer, radio, phone, or anything a device can send over the air over a single spectrum. The “multiple” in MIMO, though, allows for more than one stream to transmit over a single spectrum.

Imagine sipping on a drink through a straw. To sip on a second drink at the same time, you need another straw. MIMO lets a computer send and receive two data streams (drinks) through one spectrum (straw). And Mimosa has figured out how to double that again to four.

“This is a completely new frontier we have to innovate on,” Fink said.

“I absolutely believe as this awareness grows you’ll see a different breed of ISPs,” Fink said.

That’s all part of Mimosa’s game plan. Earlier this month, the company unveiled products that will allow ISPs and consumers to eventually hook up Wi-Fi internet service, bypassing cable and fiber entirely. The tech is expected to be available for in-home use this fall.

Wi-Fi is getting a push from a completely different side of the market, too: developing countries. In many part of the world, internet is seen as a necessity, but creating the infrastructure to make it accessible is posing challenges.

Fink cites nations like Brazil and Nigeria as future hubs for Wi-Fi trailblazing. These nations are home to driven entrepreneurs who see the need for internet for both their communities and their own endeavors. In these environments, Wi-Fi is almost the only option for infrastructure.

“People are not putting more copper in the ground. In developing countries it gets stolen before it gets lit up,” Fink said.

In the 1920s and 1930s what we did in America putting copper everywhere, that was like God’s work.

He said the copper necessary for building a traditional wire network is too valuable as a raw material to stay buried underground.

It’s unlikely for any community to ever go back to that model, he said. “In the 1920s and 1930s what we did in America putting copper everywhere, that was like God’s work.”

Still, without large, powerful cable companies to stop them, developing nations could actually build out Wi-Fi networks even faster. Fink said without the terrifying incumbents looming over the industry like we have in America, African and South American entrepreneurs might be more inclined to take risks.

Help From The Hill
Another factor that could cause the all-wireless movement to speed up: some helpful legislation from congress. Earlier this spring, Mimosa launched a petition for the FCC to allow a certain chunk of the broadcast band to be shared for wireless ISPs to use, FierceWireless reports.

The range Mimosa wants is the 10Ghz to 10.5Ghz range. Right now that space is used for amateur radio operators and government applications, Fink said. But he still sees a possibility for congress to eventually grant shared use of the band, especially if Mimosa and similar companies can prove they won’t cause interference with the activities operating in that spectrum.

“The public interest is we need more broadband,” Fink said. “The government and the Obama administration have been very clear that we’re moving into a spectrum-sharing world.”